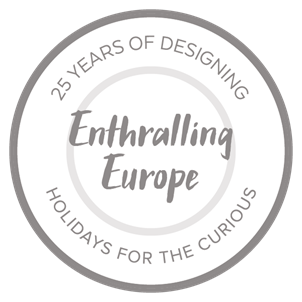 Travel with us to discover Germany on one of our guided holidays. From magical cities to cultural gems and historical highlights, Germany has something for everyone. All of our guided holidays to Germany include return flights, hotel accommodation, all ground transfers and an exciting range of excursions accompanied by a knowledgeable local tour guide, ensuring every holiday is one to remember.

It's all included, flights, excursions & much more

It's Easy - We Plan Everything For you 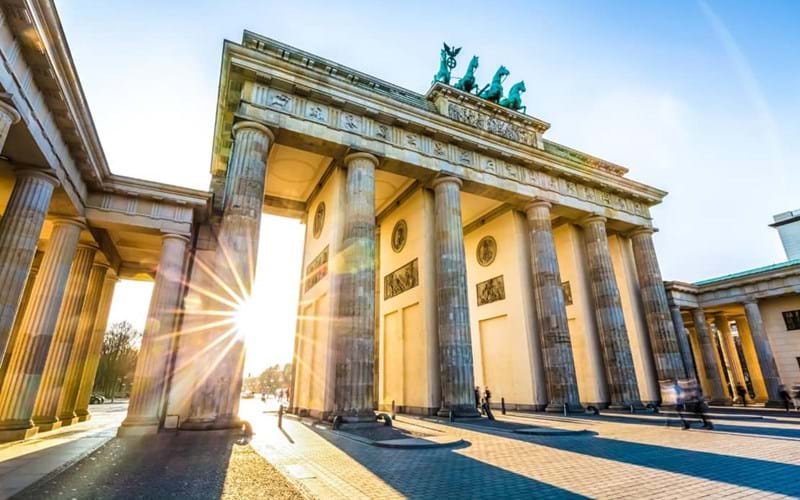 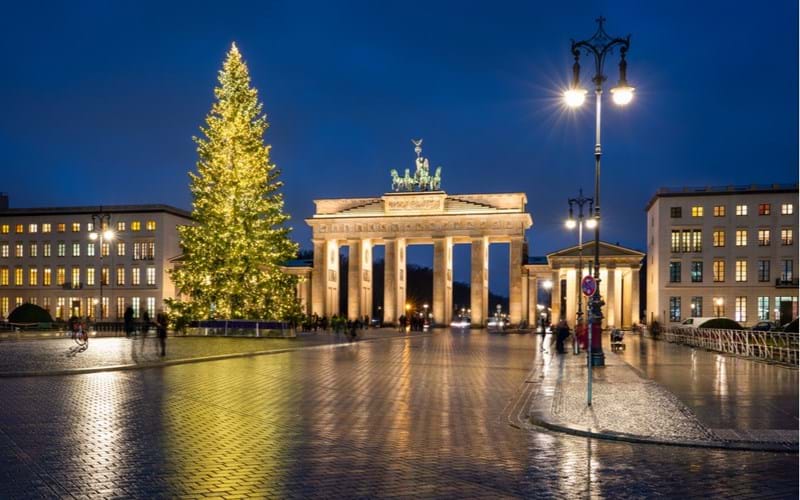 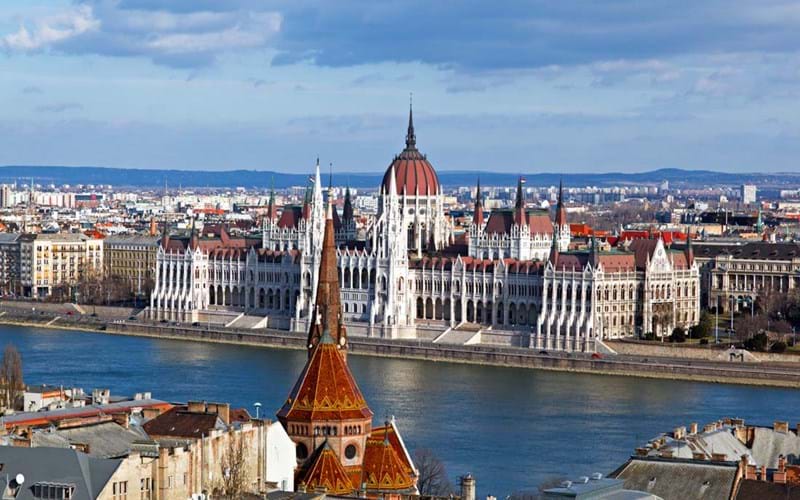 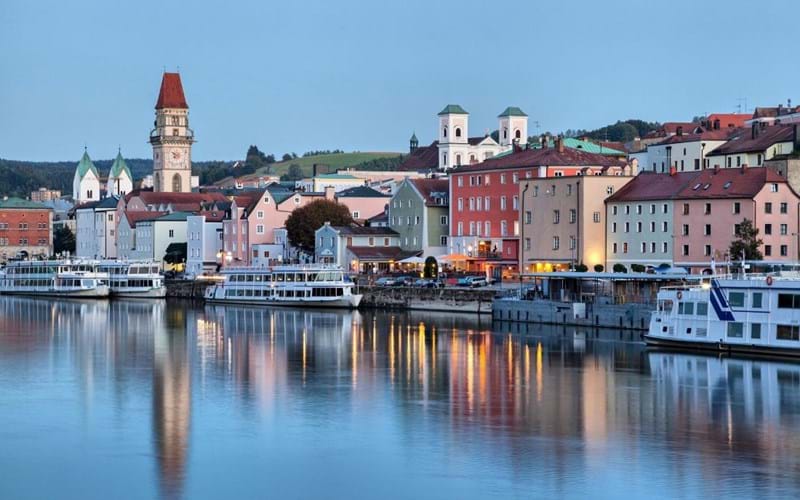 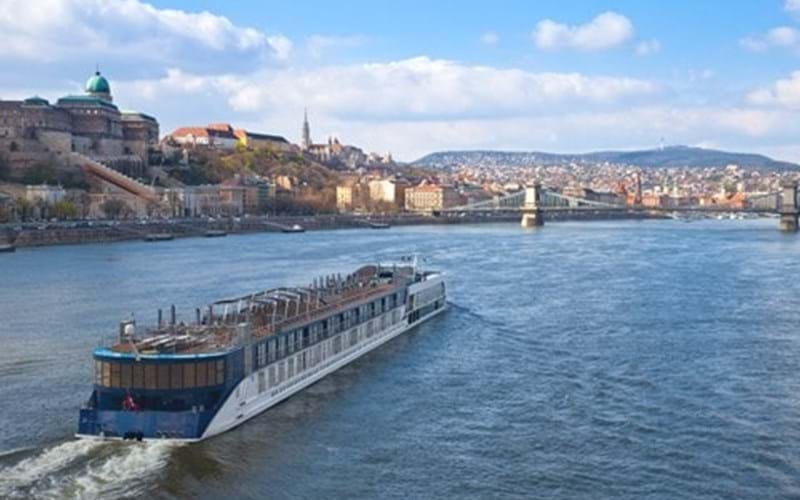 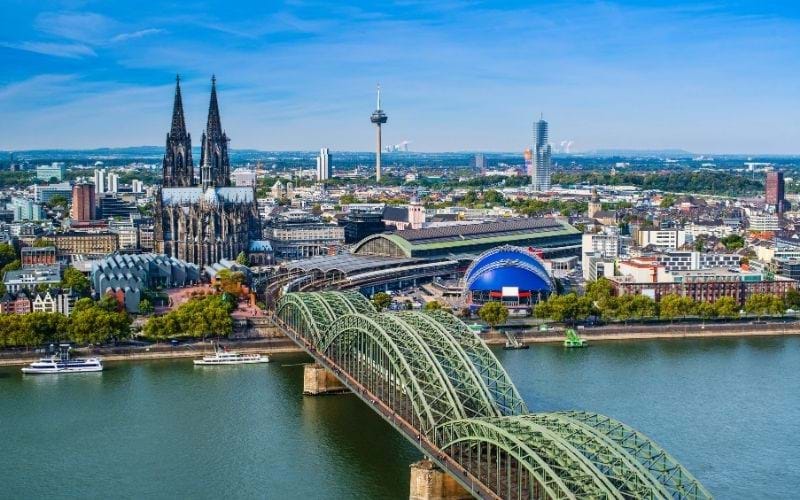 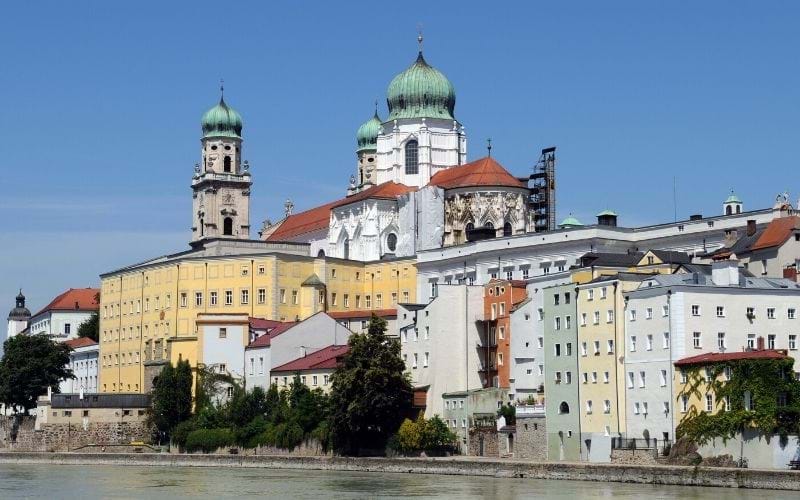 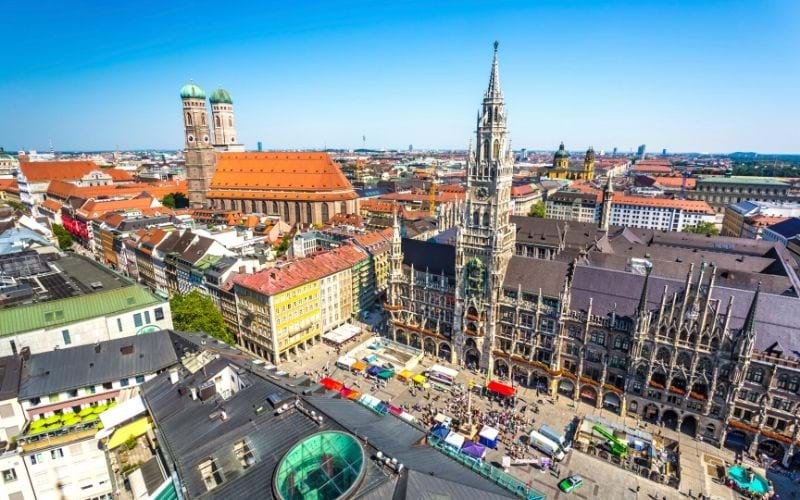 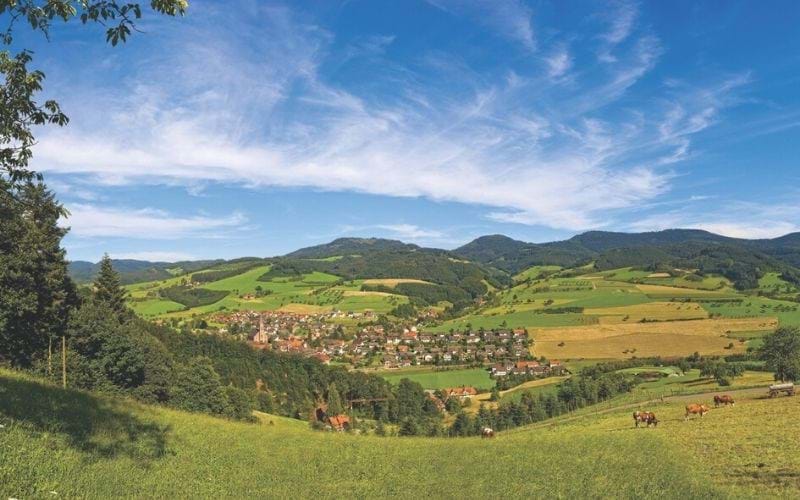 Known for its incredible art scene, buzzing nightlife and rich history, Germany’s capital Berlin is a must-see when visiting the country. For WWII buffs, there are plenty of interesting things to explore; from the symbol of East/West division, the Brandenburg Gate, to the important Allied border crossing, Checkpoint Charlie. On our guided holidays to Berlin, we’ll visit both of these monuments with an expert, local guide to give us the history behind the landmarks. We’ll also enjoy plenty of free time in Berlin to discover at our own pace, whether it’s a trip to the famous outdoor East Side Gallery or simply enjoying the mid-afternoon ritual of coffee and cake at one of the city’s cafes

Spanning the River Rhine and boasting a medieval centre with beautiful examples of High Gothic Architecture, Cologne feels like it could be straight out of a fairy tale. The city was founded nearly 2,000 years ago by Germanic tribes and today is home to beautiful landmarks like the Cologne Cathedral, a UNESCO World Heritage Site. On our trips to Cologne we’ll explore the Catherdral along with the bustling Roncalliplatz, the historic Alter Markt Square, and Cologne City Hall, all with the help of a local, expert guide.

Passau is a quaint German city lying on the Austrian-German border. The city’s beautiful old town was created by Italian baroque masters in the 17th century and includes soaring towers, picturesque places, enchanting promenades and romantic lanes. Take in highlights such as St. Stephen’s Cathedral, which houses the world’s largest cathedral organ, the majestic fortress of Veste Oberhaus and the Pilgrimage Church of "Mariahilf". On our River Cruises including Passau, we’ll have the opportunity to explore all of these landmarks on a city tour with a local, expert guide.

Munich is Germany’s 3rd largest city and the capital of the Bavarian region. Once its own independent Kingdom, Bavaria has a unique culture that can be felt distinctly when visiting Munich. On our trips to Munich, we’ll visit the most iconic sites in the city including the King's Square, the Maximilianeum, the National Opera House, the Royal Palace, Marienplatz Square and the medieval city gates. We’ll also stop at the traditional Viktualienmarkt, an open air food market with colourful outdoor stalls that takes place daily in the square in the centre of Munich.

Named for the density of its evergreen trees, the Black Forest is more beautifully picturesque than its name suggest. On our trips to Germany, we’ll take a scenic drive along the Black Forest Ridgeway, offering spectacular views of the Black Forest and its unparalleled richness of natural scenery. We’ll also stop in the “Jewel of the Black Forest”, Lake Mummelsee, which is one of the forest’s few cirque lakes remaining from the ice age. Here, we’ll also have some free time to explore or enjoy a piece of the region’s famous Black Forest cake. 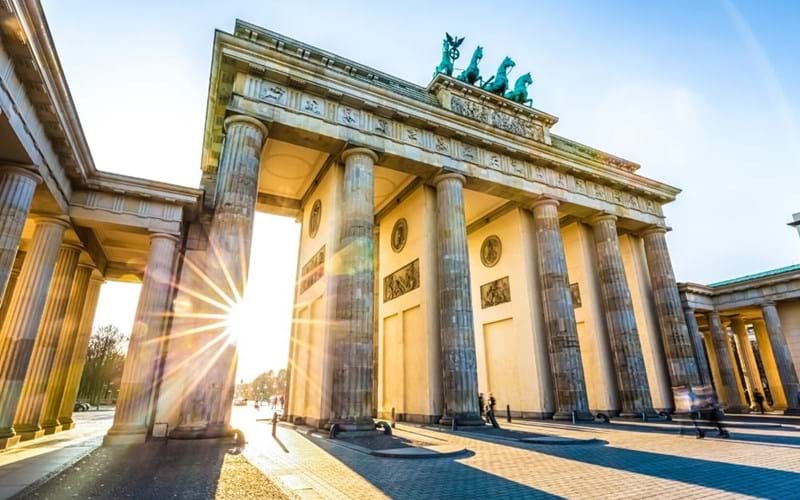 A Guided Holiday Experience In Germany

Berlin, the capital of Germany is a modern, cosmopolitan and vibrant European capital. On our City Break to Berlin, we’ll discover the city’s highlights and history with an expert, local guide and enjoy plenty of free time to explore at our own pace. Whether you’re interested in the city’s military history or its incredible art scene, our local guide will be able to give recommendations for things to do based on your interests. Experience the enchanting side of Germany on our escape to Munich & the Black Forest, where we’ll find ourselves immersed in the scenic setting used for many Grimm fairytales. Many of our River Cruise holidays also include guided excursions to Munich, Bavaria’s history-steeped capital. Searching for something a little different? We also offer holidays that explore Berlin’s Christmas Markets.

What is included in my holiday?

Travel Department holidays include flights, transfers and hotel accommodation on bed and breakfast, half board or full board basis, and excursions as specified.

All items that are included are clearly stated in our documentation. Add-ons such as insurance, bags and single room supplements are mentioned separately. In some cases you may have to pay a local departure tax or local transport cost. This will be detailed in your documentation and our local guides will assist you with these. Tipping is not included in your holiday price and information regarding tipping will also be included with your travel documents.

Will I be met at the airport?

You will be met on arrival at your destination airport and transferred to your accommodation. You will be accompanied on all included excursions by your Travel Department guide. Your expert local guide is also available to give you tips and advice on any aspect of your holiday.

What is the deposit and when is full payment due?

Deposit is required on booking and is dependent on your holiday type and starts at €100pp for city breaks. Full payment is due 10 weeks before departure hence if you book less than 10 weeks from departure full payment will be due when you book.

Do I need a Visa?

What if there is an emergency?

We have local representatives in all of our destinations who are available 24/7 as well as an emergency contact number for our offices in Ireland should you ever need it. 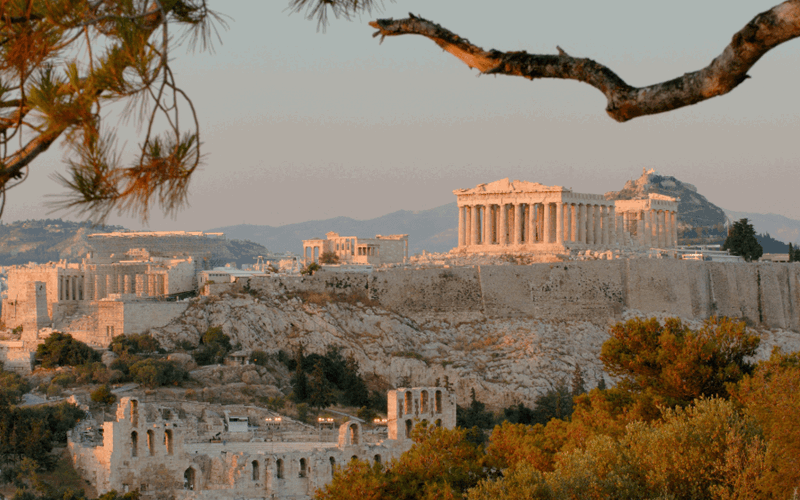 Europe has undoubtedly the greatest choice of holiday destinations in the world and most can be reached within a couple of hours. ... 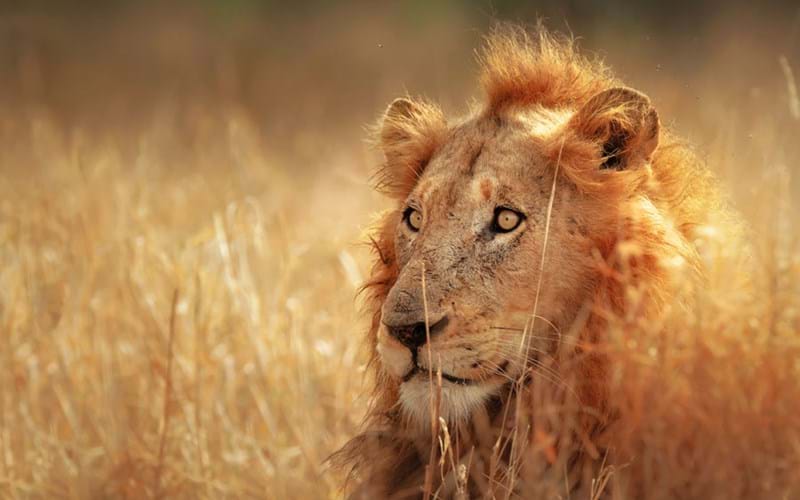 We’ve selected just some of the top places and travel experiences for you to tick off your travel list for 2021.

Sign up to our newsletter and don't miss out on our latest holiday updates, travel tips and special offers.

You will now be redirected to our sister website TD active. Click on the link below to proceed or close this window to cancel.